Hearing this word, “irrelevant”, get thrown around so much on the Internet gives me a very uneasy feeling. People say this about any celebrity, whether they are music artists, movie stars, comedians, or athletes. I think it’s extremely annoying.

I believe a lot of people just like throwing that word around. So many people are online all day everyday living through celebrities. Jealous of their lives and fame. Calling them “irrelevant” gives them a reason to feel better about their lives. In reality, I feel like people throw the word “irrelevant” around on celebrities because they feel so insignificant by celebrities that they project those feelings onto them. They call celebrities irrelevant because they feel irrelevant compared to celebrities. I think if people are at that point, they seriously need to turn their televisions and Internet off for a while and learn to appreciate their own lives so they won’t feel like that about their lives or a celebrity’s life.

Another huge reason that makes people HORRIBLY fake for calling celebrities irrelevant is that it makes them seem like they only liked the celebrity because they were popular. They didn’t have their own reasons for liking them. They only liked them because they thought everyone else did. Their faces are plastered on television and magazines everywhere. People are talking about them all the time. The SECOND all of that stops, the “fans” disappear–well, at least most of them, and act like they never loved them. It’s really dumb. This is why I think at least 95% of most celebrity fanbases are full of fake fans. Only fans because they’re on a bandwagon.

What’s worst enough is the main people sitting on the Internet calling people “irrelevant” all day are people who couldn’t even do an OUNCE of what celebrities do. I know it’s not easy to win Grammys, sell out shows, win a lot of games, sell a lot of records, get high ratings on television shows, tear out the box office, etc., especially when we all know the entertainment industry has a HUGE reputation of overlooking people who have AMAZING talent and deserve to be praised just as much as anybody else. People call celebrities “irrelevant” because they don’t understand the actual work that goes into what they do. They’re just looking at the finished product and thinking everything is easy for them when it really isn’t.

Not only do I think these people can’t do anything celebrities do, they wouldn’t be able to handle thousands, maybe even MILLIONS, of hate comments of people saying the same thing to them that they say to celebrities EVERYDAY. Most people can’t even handle one negative comment. They’ll be ready to fight someone after one negative thing someone says about them. I KNOW they won’t be able handle the amount of negative comments celebrities have to handle on a daily basis.

But I guess people will never understand how it really feels until they or someone they know are in that same position and other people are treating them like that because they lack the ability to see how other people feel or might feel. A lot of people don’t know how anything feels until it happens to them. 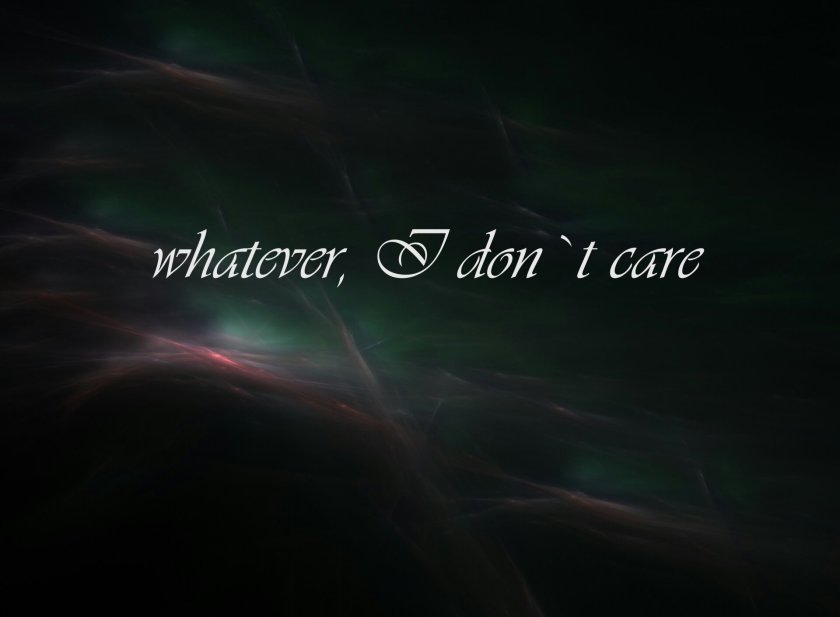 “I don’t care about my ex’s new boyfriend/girlfriend.”

“I don’t care Ryan got Employee of the Month at work.”

“I don’t care how much money Stella makes.”

“I don’t care Thomas got a promotion on the job.”

“I give zero fucks about what people think and say about me.”

People say “I don’t care” or “I don’t give a fuck” about a lot of things, but it’s probably one of the biggest and common lies ever told.

I remember one time when I was going to high school. The students were taking an ACT/SAT prep exam. The people checking our exams called out a few students who they were very impressed by their writing in the writing section of the exam. I heard one girl say to her group of friends, “Nobody cares because they wrote a paper with big words”. And she kept saying it over and over again. Clearly she did or she wouldn’t have said anything at all! And definitely wouldn’t have kept going on and on about it. She cared because she was more than likely upset that the teachers complimented them on their writing and not hers.

This is what I hear a lot of people doing. They see or hear about something and they just have to say they “don’t care” or “don’t give a fuck” about it, even if nobody said anything to them specifically about it. A lot of times, they would bring up something themselves just to say they “don’t care” about it. And they talk about it over and over again. I hear so many people say “I don’t care” so much, I’m convinced they don’t even know what it actually means.

But what nobody can do is convince themselves of something they know is not true. No one can lie to or fool themselves, no matter how hard they try.

I’ve always heard people say “Just ignore it; just ignore it”, or “Don’t let it bother you”, to other people who are dealing with someone who bothers them or does something negative to them. I used to agree and go along with that advice. But now, I believe it’s just a trick to make people passive.

I think people just want to be able to do bad things to others and not deal with any repercussions or guilt from doing it. I’m not a violent person by any means, but some people deserve to have all the teeth knocked out of their mouths for the things they say and do to other people!

People steal from others. They bully others. They say and do rude things. They spread rumors about others that aren’t even true. And, sometimes, there are people who say and spread around untrue things about people they don’t even know. I think it’s wrong to tell someone to “just ignore” things like this if they’re dealing with it. In a lot of cases, “ignoring it” just makes people do it more because they think you’re giving them the impression that they can get away with it or they just want a response out of you.

I think it’s weird that people do bad things to others, but if the other people retaliate, they’re looked at as the bad guys for “letting negativity get to them”. People have even made it to where if a person defends themselves against a false, negative rumor about them, it means that they’re “guilty” of it or it somehow makes the rumor true. What?!? How does things get this twisted?!

I don’t think people should just ignore and hold all that negativity in. I get the feeling that it’s really bad for anyone’s health. I think that causes mental instabilities, insecurities, as well as murders (There’s only so much people can take before they actually snap). I think people should do something about the negativity right there and then. People are wrong as all get out sometimes and need to be told so. It doesn’t always have to resort to violence, though. If it does, then they more than likely deserved it anyway.

I think people should at least be able to tell those people about how that stuff makes them feel, though, if violence isn’t an option. If someone is doing or saying something bad to someone else, the other person should always be able to defend themselves, no matter if it’s verbally or physically. Not roll over and just let them do it and get away with it. 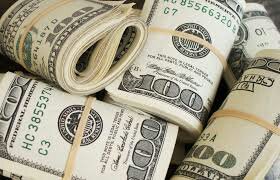 I’ve heard the old saying that money is the root of all evil all my life. In a way, I kind of think it is and isn’t. For starters, I think it isn’t because it is what people do for money that makes it evil. The love of money and greed is what’s evil.

Lots of people let money change and control them. It makes them arrogant and maybe even stupid in a lot of ways.

On the flipside, it is because having little to no money causes a lot of stress and pain to a lot of people because they can’t afford to pay for the basic things they need to live; clothes, food, houses, bills, maybe a car to get to wherever they want to go, take care of their children or other people they have to take care of, etc.

Not having money causes people to become very depressed, stressed, and even suicidal. And it can cause them to do bad things out of desperation.

In a lot of ways, I believe money was invented for control and power. I know there’s someone or maybe even numerous people who want to control mass amounts of people and control what they do and how they live and money is a great way to do that.

I believe that there is no use for money in the world because everything was created just for us for free and we fight and kill ourselves and each other for things that we should all be free to have. No one should have the right to put a price on something they don’t own and didn’t create themselves.

But then again, I’ve read from different sources about why money was created. One thing I read said it was to compensate for the shortcomings of the barter system. Before there was money, people traded for what they wanted and sometimes, people didn’t always agree with what someone wanted to trade them. And if someone didn’t agree with what someone else wanted to trade them, they wouldn’t be able to get what they needed or wanted.

But what about the shortcomings of the monetary system where people can’t afford to buy certain things?

Another said that money was created to ration out things better. If everything was free, people would consume things very quickly due to greed and self-centeredness and there would be a scarcity in many things.

And another said money was created to motivate people to do work. If there was no money, people wouldn’t put in the effort or put in very little to do certain things. People wouldn’t want to build or anything. With money, people have a reason to get things done, thus creating a productive society.

Although I do believe these other reasons make a lot of sense, I still believe that money was created for control and power most of all. People have wanted to have power and control over other people for ages.

I don’t think money is really supposed to exist, which is why it causes so much evil and problems. Money has no real value. It isn’t really backed by anything. It only has value because the government says so.