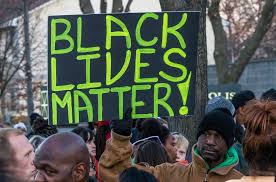 (Photo: Flickr)
The Black Lives Matter movement was started in 2012, after the murder of Trayvon Martin. His murderer, George Zimmerman, was acquitted of the crime and was able to walk free. Martin was an unarmed 17 year old. It is believed that because Martin was a teen and unarmed that the situation could’ve been handled much differently. Killing an unarmed teenager was deemed as excessive force, especially since Zimmerman wasn’t even an officer. He was just a neighborhood watch captain.

Years after that, many other murders of black people by police that were deemed as unjust were caught on camera, including Mike Brown, Alton Sterling, Tamir Rice, Philando Castile, Sandra Bland, and Korryn Gaines, to name a few.

Black Lives Matter was started because it seems like this society doesn’t seem to care about the lives of black people and treat us very unfairly in the justice system compared to other groups of people, especially white people. Not very long after it was started, it got spun into a huge negative and caused a lot of controversy. The response to it was, “All lives matter”.

The fact that Blue Lives Matter was created to shed light on the injustices done against law enforcement shows that everyone knows why the Black Lives Matter movement was started. They know what we’re speaking out against. People just don’t want to address it and feel uncomfortable at the thought of addressing it. Everyone else is just trying to, not only deflect and sweep our issues under the rug, but also piggyback off of our movement and plights for our people.

When Black Lives Matter was created, it wasn’t to cause a divide and create hate. It was just to ask for justice and equality. That’s all we want.