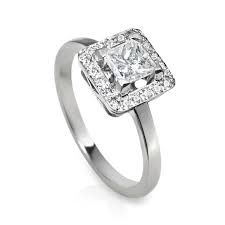 I remember we were talking about the sizes of wedding rings in one of my classes when I was in middle school. The rest of the class were saying the size of a wedding ring does matter and you shouldn’t have a small ring. The teacher didn’t agree. They eventually turned to me and asked me my opinion on whether it matters. I said it didn’t. The whole class disagreed and asked me why (Now that I’m thinking about it, I think many of them disagreed only because I said it didn’t matter. Many of my classmates in middle school disagreed with me a lot because they loved the idea of me being wrong about something, being that I was considered the “smart” one). I didn’t really know why it didn’t matter. I just felt like it didn’t matter. So I just said, “Well, because the ring doesn’t matter.”

The teacher was very happy that we shared the same opinion on it, but the class was in total disagreement. They thought that the bigger the ring, the better it is. Now that I look back on this story, I do wonder why the size of rings matter and do they actually matter.

After some thinking, I think I still hold the same opinion that ring size doesn’t matter, but now, I can explain why, unlike when I was in middle school. The size of an engagement/wedding ring doesn’t matter because what should really matter is that person’s love for you.

I believe the only reason we believe engagement/wedding ring sizes matter is because we are a very materialistic and “keeping-up-with-the-Jones’s” society. We love showing off and giving value to materialistic things that don’t have any real value just to impress other people.

And now that I’m thinking about it, I do agree with my middle school mindset also that the ring itself doesn’t really matter, either. A ring doesn’t really express someone’s feelings about another person. Even though having a ring is nice, it doesn’t really represent feelings at all. Love is something that can’t be fully expressed with physical, material things because it’s not physical or material. Just because you have or don’t have a ring doesn’t mean a person loves or cares about you less. A ring being big or small doesn’t mean that, either. A person’s actions towards someone else and how they treat them is what really shows someone’s love for another person, not what they can buy.

There’s absolutely nothing wrong with having an engagement/wedding ring. I just think this society puts more value to it than it needs to have and not enough value into what actually does matter.